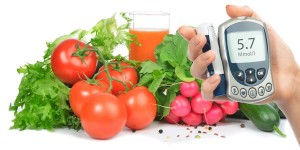 As we have seen throughout the years, there is a never-ending supply of miraculous diets that claim to work. We have seen

So, it’s no wonder that most people are totally confused. Every single week, somewhere in the world a media outlet will release some sensational news about some new fad of diet and why you should be doing it, usually because the latest celebrity is doing it……so it must be good, right?. Usually within a short time, this amazing new breakthrough news is often archived due to the next best thing on the market!

Diets that help you lose weight have always been very popular, and there is a very good reason, people want to lose weight. Did you know that over two-thirds of the adult population are obese or overweight! Did you also know that most children are likely to be affected in almost every western country! There is always an insatiable demand for the latest miracle diet to come and rescue us from this “fat” epidemic. The obsession with weight loss is worth billions!

Over the years we have seen the rise & fall of thousands of diets, most are forgotten for years & then return, slightly changed or re marketed. A lot of people will recall the Atkins diet in the early 1970s, if you have not heard of it, Dr Atkins was (as he passed away at the age of 73) a medical doctor who was overweight himself and had tried everything to lose his weight, with consistent failures. He then decided to put himself on a very high animal-protein, high fat, low fruit & vegetable diet out of desperation. He lost the weight he so desperately wanted to lose.

After the diet was released publically, it was harshly criticized by the American Heart Association & the American Dietetic Association. Eventually some Hollywood actors & celebrities who wanted to lose weight resurrected the high- protein diet & it became the next best thing. Well, it was the next best thing until a mixture of heart problems & deaths in some of the diets followers. The death of the founder, Dr Atkins in 2003 after suffering from cardiac problems himself & then the bankruptcy of Atkins Nutritionals 2 years later did not help the cause.

Were you aware that some diets are actually funded by the food industry! The Commonwealth Scientific and Industrial Research Organisation also known as the CSIRO released the “Total Well-being Diet” which was financially backed by the Dairy Industry & the Meat & Livestock Association. I wonder why that they did that?

Well, the diet recommended up to 4 red meat meals a week & daily consumption of dairy foods. Really? What a coincidence! Unfortunately, the blatant & dangerous were the CSIRO authors recommendations, Rosemary Stanton, one of Australia’s most well -known dieticians wrote a public letter the Australian newspapers asking the then Prime Minister John Howard to pull the book from the library shelves!

The definition of diet = Temporary

The human race is the only animal on earth who diets! We are one of only three animals in the world who suffer from being overweight. The other two are dogs & cats, any coincidence?

Man is the only animal on earth that has to be guided on food consumption! Are you familiar with the “Healthy living pyramid”? The biggest issue with following the healthy living pyramid guidelines is that the pyramid makers (the government health authorities) have to appease the food industry at the same time as trying to advocate healthy eating habits. The power of the food industry cannot be underestimated, it is a huge money maker, as is the pharmaceutical industry, now that is a whole new set of problems!

Are you aware that The Australian Heart Associations Tick Program requires money to issue the tick, otherwise no tick. Why do you think meat pies, eggs & ice cream receive the tick!

So what should we eat?

There is a fantastic book by a gentleman called Michael Pollan from the United States called “In Defence of Food”, it recommends: Eat food. Not too much. Mostly plants. This contains the essence of what Innate Health Solutions focuses on.

When we look at our diets, we should consider these few things –

When we look at the food we consume, focus on foods that have high nutrients per calorie. These provide substantial quantities things like

Most diets focus on macro- nutrients which are protein, carbohydrates & fats, while paying little or no attention to the density of micro-nutrients required.

When we as humans consume a diet which is high in nutrients per calorie from predominantly plant-based foods, you satisfy your nutrient requirements & minimise food cravings & addictions. The nutrient receptors in your digestive tract & volume receptors in your stomach are satisfied & true hunger is appeased. The body then starts to regain its normal & ideal weight. Sounds good right?

Remember, as Michael Pollan says…..Always Eat food. Not too much. Mostly plants

If you are looking for a professional that can help in diagnosing diets on the Gold Coast, then look no further than Innate Health Solutions, contact us for more information.