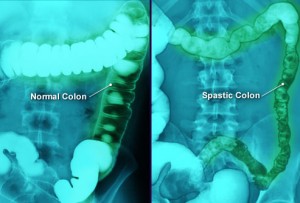 Once called ‘spastic colon’, ‘colitis’ or ‘mucous colitis’, irritable bowel syndrome (IBS) is the most common health disorder in the modern world. It affects 15 – 25% of females and 5 – 20% of males. More people suffer from IBS than from asthma, diabetes and depression combined. It is common in every westernised country.

The main feature of IBS is abdominal pain and discomfort. Plus, if any two of the following three symptoms/signs are present for three (not necessarily consecutive) out of 12 months, then IBS is diagnosed: 1) Abnormal form of the stool – from very loose to very hard, pellets, etc.; 2) Abnormal frequency of bowel movement – from constipation to urgent, frequent movements; 3) Relief of abdominal pain and discomfort by defecation.

The above are the guidelines outlined by the ‘Rome 3 Diagnostic Criteria’, so named because a group of gastrointestinal experts meet in Rome annually to discuss recent research on this issue.

IBS can be constipation-dominant, diarrhoea-dominant or a combination of both.

Up to 25% of sufferers are lactose intolerant (lactose is milk sugar), and up to 50% are fructose (fruit sugar) sensitive.

Symptoms of irritable bowel syndrome do not include ‘red flags’ such as blood loss, recurring fevers, weight loss or severe and persistent pain. These are serious signs requiring immediate medical investigation to exclude things like ulcerative colitis, crohn’s disease and bowel cancer.

Irritable Bowel Syndrome is called a functional bowel problem in that, unlike the other inflammatory gut problems listed above, there is no structural damage to the bowel. Hence examinations and X-rays reveal nothing.

Many IBS sufferers also experience allergies and food/chemical sensitivities, and can, due to the misery experienced, understandably become ‘belly-centric’ (centred on their bellies). Sometimes a stressful event or an illness can trigger IBS, but more often it slowly becomes apparent over time. It is often, however, exacerbated by stress and being overtired.

The patient’s frustration is often worsened because the medical management of IBS is so poor. Evidence of this unsatisfactory management is easily found in many medical journals (1-4).

In the presence of poorly digested food which has travelled to the upper part of the colon (large bowel), bacteria in the gut cause fermentation (gas) and increased osmosis (water). The combination of gas and water in the large bowel can create misery in the form of pain, cramps, bloating, altered stool form (pellets for example), altered frequency (diarrhoea and/or constipation), a feeling of tightness over the abdomen, and even low back stiffness. 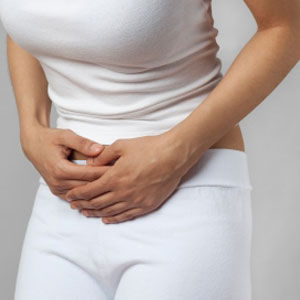 Interestingly, there are between 400 and 1,000 different species of bacteria (microbiota) in the gut, weighing up to 2.5 kgs. Although gut bacteria (flora) are mostly beneficial, some are opportunistic, and when the diet is poorly balanced, the opportunistic bacteria multiply and secrete many toxins into the gut.

Gut hypersensitivity is very common. This is where people who are susceptible to IBS are known to have a lower pain/discomfort threshold in the digestive tract than those without IBS.

Further, certain mal-digested protein complexes can enter the bloodstream from the gut and travel to various parts of the body to further cause great mischief. The brain, the back and other joints, the bladder and other genitor-urinary organs and the skin are common target organs. This process has commonly been called “leaky gut”.

When the brain is the target organ, common symptoms are mood changes, anxiety, mild depression, memory loss and brain fog. In children, learning and behaviour can be adversely affected.

Until recently, these symptoms led some doctors to claim that IBS is psychological.

Greater understanding now reveals that IBS is not psychological, but bacteriological.

Overcoming IBS is possible, provided the person is open and willing to making some dietary and lifestyle changes. If there is a strong psychological component, meditation, CBT (cognitive behaviour therapy) and EFT (tapping) are very helpful in combination with dietary modifications. DIETARY RECOMMENDATIONS

Fodmap is an acronym for fermentable oligo-di-mono saccharides and polyols. These are short-chain carbohydrates which are poorly absorbed in the small intestine by many people, especially when eaten excessively. Most of these are very nutritious foods, but with IBS they may need to be limited or temporarily avoided.]

Staying clear of refined, processed and fried foods is important, as these disrupt the gut flora, creating what is known as dysbiosis.

The more serious the IBS symptoms, the more aggressive the dietary restrictions have to be, especially with fruit, gluten, sugar and dairy foods.

In my experience, having consulted literally thousands of people with gut problems over the past thirty years, the main dietary factors are dairy foods, the gluten found in wheat, rye and barley, and refined and processed carbohydrates (white flour, white sugar, etc) and excessive or inappropriate fruit consumption.

Oats contain no gluten but are sometimes cross-contaminated because of proximity in storage. For those suffering with IBS and who are sensitive to gluten (including coeliacs), it is recommended to seek out oats guaranteed to have been grown and stored separately from wheat, barley and rye.

People with IBS need not exclude all fruit (unless their symptoms are severe) but should be mindful not to overdo it. Choosing fruit that has an equal or greater ratio of glucose to fructose, such as bananas, is helpful. This is because the absorption of fructose is made easier when glucose is present. Indeed, the fructose is ‘piggy-backed’ on glucose across the gut wall for easier absorption.

Fructose sensitivity can be determined by a hydrogen breath test if necessary. A load of fructose is swallowed and then the breath is tested for hydrogen, which normally should be absent. The presence of hydrogen indicates intestinal fermentation.

It is best to eat fruit by itself, as eating it with protein or starch can create much digestive irritation due to fermentation (gas) and osmosis (water and bloating).

Foods like legumes and fruits are healthy foods, and provide tremendous nutritional benefits, but the IBS sufferer has to always keep in mind the total fodmap load of their diet, not simply individual foods. This is a key requirement.

In addition, many commonly prescribed drugs can precipitate or exacerbate IBS symptoms. The two most common are anti-biotics and a class of drugs called proton pump inhibitors (PPI’s), which are acid suppressors for conditions like reflux and heartburn, nexium being one of the most commonly prescribed. These drugs disrupt the normal intestinal ecology, encouraging overgrowth of opportunistic gut flora, and particularly with PPI’s, a strain of bacteria called clostridium difficile (c. diff.). At the present time, PPI’s are prescribed far too easily and quickly. In my experience, I have never had a patient diagnosed with reflux who has needed to stay on PPI’s provided they comply with the dietary recommendations given.

TIPS TO help with IBS recovery:

1) Avoiding huge meals, too complicated meals or rushing meals; 2) Avoiding drinking with meals and avoiding full-strength fruit juices (avoiding fruit juices or in mild cases diluting juices helps); 3) Ceasing all intake of alcohol and caffeine; 4) Not eating after 7pm; 5) Avoiding intense exercise. This has been shown to impede absorption due to the release of inflammatory myokines. Moderate exercise is preferable; 6) Avoiding prolonged or intense stress. 7) Meditation practised daily is tremendously helpful in regulating the brain-bowel connection; 8) Getting regular sleep and rest is very important, as is not soldiering on (pushing yourself) when very tired.

As miserable and debilitating as the symptoms of IBS can be, the person must remain optimistic. With the desire to recover and the willingness to learn and make changes, the person can make tremendous improvements.

For best results, it is advisable to seek out professional help, preferably naturopathic, because the fine-tuning needed in the dietary recommendations is unique to each individual. This fine-tuning is often the difference between success and failure.