Osteoporosis – You don’t have to suffer 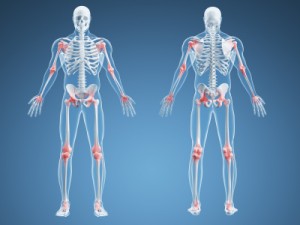 Osteoporosis is a disease where the bones become porous (thin) & become more fracture-prone, osteoporosis is becoming more prevalent in every western country. This shouldn’t be surprising because nearly all degenerative diseases are also becoming more common world wide.

Many people believe the disease is mainly caused by a lack of dairy foods or calcium. This is incorrect. Lack of calcium is very rarely the cause.

It is also widely believed that menopause causes it. Again, this is incorrect. Some cultures rarely display the disease, & the females in those cultures go through menopause the same as their counterparts in western cultures.

It is sometimes labelled as an inevitable consequence of aging, but this also doesn’t accord with the facts. Many centenarians have never broken a bone & some cultures, like the Vilcambambans in Ecuador & the Okinawans in Japan, depite living to very old ages, rarely got the disease. In fact, Okinawa had the most number of super-centenarians (over 110 years old) until recently in the world.

The conventional medical approach is to prescribe strong chemotherapy drugs called bisphosphonates, which kill off certain bone cells called osteoclasts. Such drugs like fosamax & Actonel have a litany of serious side- effects the longer they’re used & are not the answer to the problem.

One of the biggest contoversies relating to this disease today is the fear instilled in women when they are told they have something called osteopenia. They are then prescibed these dangerous drugs which are themselves a form of chemotherapy. Osteopenia is NOT osteoporosis, but a normal part of the aging process whereby the bone loses some of its density, just as skin loses some elasticity or hair some of its thickness. This is NORMAL not pathological.

As a rule, osteopenia is NO reason to take bisphosphonate drugs. This has been stated by a number of medical doctors, including Drs Fuhrman, McDougall, Ornish, Esselstyn, Sears & others.

Osteoporosis expert Dr Susan Brown in her excellent website www.betterbones.com urges that to stop bone loss we need to focus on correcting the underlying nutritional imbalance which causes the body to slowly leach calcium from the bones into the blood. This is far more desirable, & effective, than resorting to drugs like actonel & fosamax, which have such debilitating side-effects.

Professor T. Colin Campbell is another scientist who, in his ground-breaking research The China Study, showed how bones became diseased, weak & brittle, not through menopause or lack of dairy foods, but through the typical western diet.

Osteoporosis is a nutritional & life-style disease which is caused by low- grade metabolic acidosis. This leads to calcium & other minerals being leached from the bones into the blood to buffer the blood’s acidity. We literally urinate our bones out!